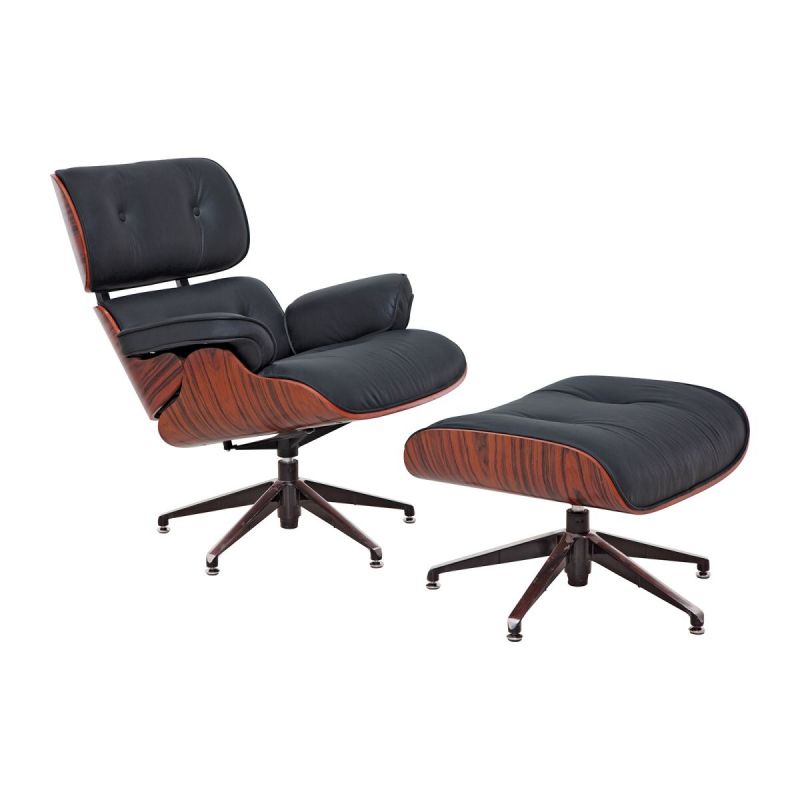 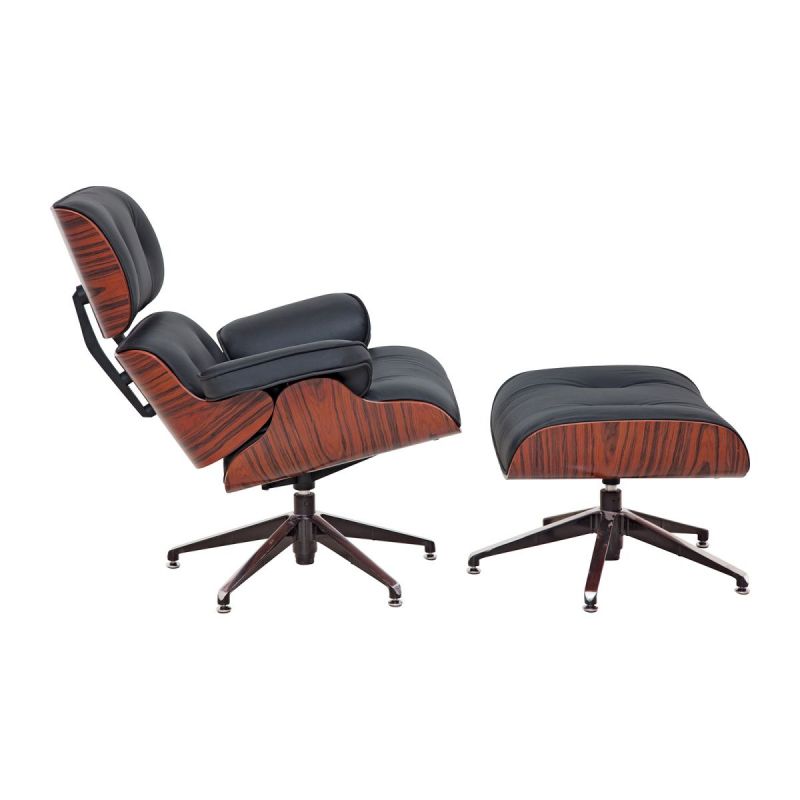 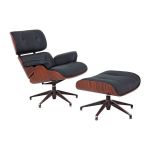 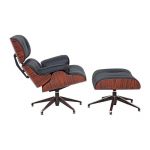 With what Charles and Ray Eames called the “warm, receptive look of a well-used first baseman's mitt,” this chair and ottoman have been instantly recognizable since their introduction. An innovative amalgam of traditional club chairs and the designers' experiments in molding wood, the set has not only endured, it has become one of the most significant furniture designs of the 20th century.

All products from the Ottoman series

The Eames lounge chair and ottoman is the culmination of Charles and Ray Eames' efforts to create comfortable and handsome lounge seating by using production techniques that combine technology and handcraftsmanship. Its heritage goes back to the molded plywood chairs pioneered by the Eameses in the 1940s, and it's part of the permanent collection of New York's Museum of Modern Art.

Charles Eames said his goal for the chair was the "warm, receptive look of a well-used first baseman's mitt." Every one is a special refuge from the strains of modern living.

The first lounge chair and ottoman, produced in 1956, made its public debut on Arlene Francis' Home show, which later became the Today show.

Charles Eames appeared on the Today Show with the lounge chair the week it was introduced. Stardom ensued. Yet, as popular as it’s become, the lounge chair remains grounded in the details that continue to distinguish it.

Swivel mechanism built into the base.

Die-cast aluminum back braces, base, and ottoman base painted black with bright polished aluminum trim.

Please fill out all fields except selected ones! 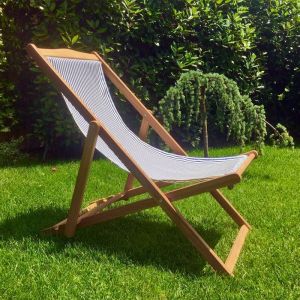 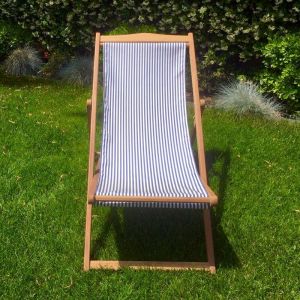